Self hypnosis and insomnia

I have been suffering from insomnia since I came back to Columbus. I thought it was just a matter of jet lag. But after a week or two, I began to realize that it is something else, something unknown yet, that matters. Insufficient sleep turns me into a zombie around 2 or 3 pm in the afternoon.

I had exactly the same problem last December. I tried many ways and finally figured out alcohol worked it out for me. However, alcohol has lost its power on me this time, soon after I finished my rum. Now I go to swimming and work out every other day to make me exhausted at the end of day. Theoretically, this should make me tired and then I could fall asleep easier. Reality always beats theory. It just worsen the consequence of insomnia.

The other day, I walked on street talking with my friend about a book on psychology. It was when "self hypnosis" suddenly popped out in my mind. And I was very positive that it could help me through the insomnia. I did some online search last night and found Bruce Goldberg's book: Self Hypnosis: Easy Ways to Hypnotize Your Problems Away. It would be a good book to start, considering the acclaim it has won on Amazon. For purpose of record, I write down this post before I look into the book.

I can't remember exactly when it was, but I was hypnotized once in high school. It was a group hypnotherapy for school stress, which was available to anyone who was interested in. I can hardly recall the detail, but let me try hard: I sat in a comfortable position, with my eyes closed. I interpreted the scenes in my mind step by step as instructed by the hypnotherapist. It was a very relaxing and pleasant experience.

As the title of the book indicates, I could probably get more than I expected out of the book. But at least let me hope it would fix my sleeping problem. Wish me a good night. 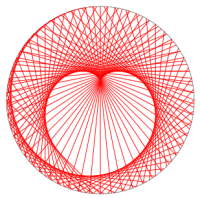